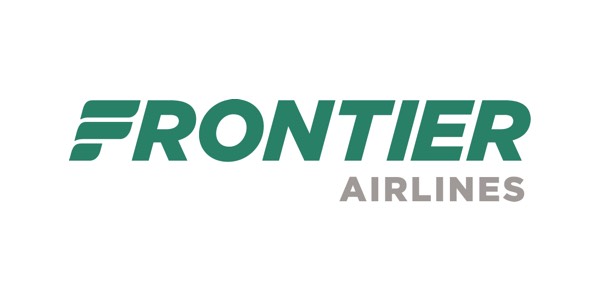 Frontier Airlines is an ultra-low-cost U.S. airline that offers “Low Fares Done Right”. The airlines business model is designed to allow more people to travel more often to more places. Frontier Airlines is headquartered in Denver, Colorado and serves more than 80 destinations in the United States, Mexico and the Dominican Republic. Frontier isn’t an official member of any of the airline alliances, but it does allow its travelers to earn and use miles with several hotels, car rental companies and other non-aviation partners.

The union and Frontier are currently in negotiations for a new labor contract. Negotiations began in November 2015, and continue with the oversight of the National Mediation Board. In these negotiations, the union is seeking recognition for flight attendants’ role in the company’s considerable growth and success in the form of better wages and greater participation in the company’s profits.

Frontier Flight Attendant starting pay is $24.51 paid for hours flown plus Credit Time per Bid Period. The top rate of $57.67 is received after 19 years of service. Hawaiian Airlines is the only other major airline that has a pay scale for flight attendants where the top rate is reached after 19 years. It is important to note that Hawaiian Airlines has a different type of flying compared to Frontier. 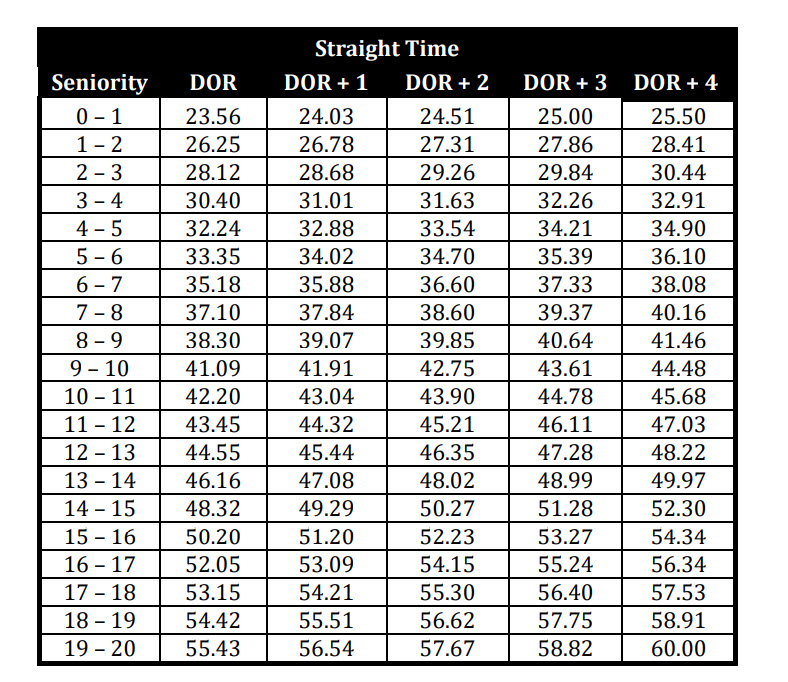 Paid Time and a Half for Hours Above 82

Frontier Flight Attendants will be paid one and a half (1.5) times the hourly rate for total Bid Period block and Credit Hours over eighty-two hours (82:00) in accordance with their Agreement. Unless otherwise specified in their Agreement, only Credit earned while on a Trip or credit earned in conjunction with pay protection, available to assign or “not legal” for a Trip, will count towards this calculation. 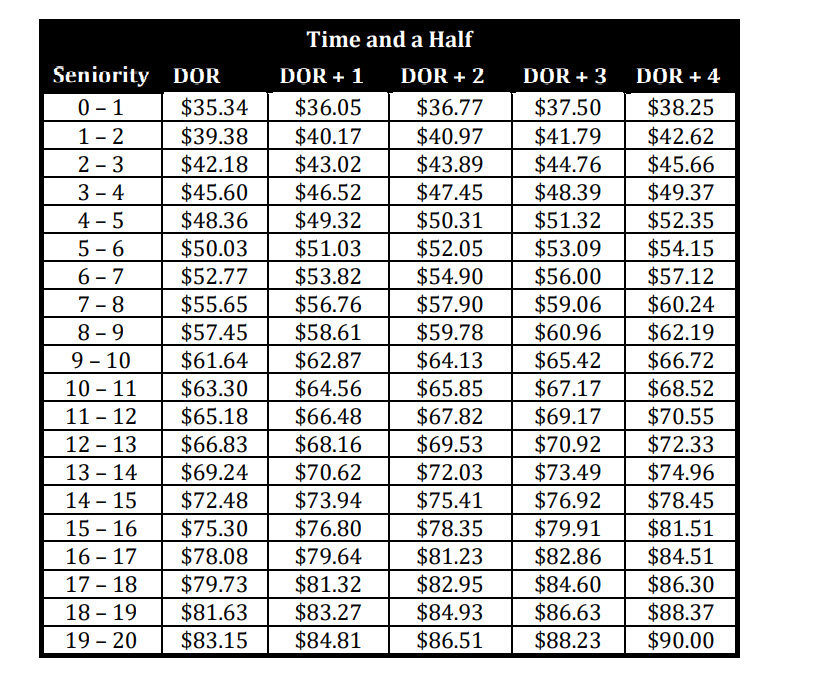 Paynotes are coming soon! If you would like to help us with this section please use “Report an update” above or make contact.

To learn more about becoming a flight attendant at Frontier Airlines go here.

Submit an update for Frontier Airlines:Union