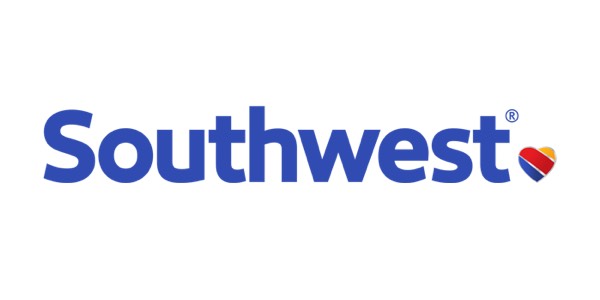 Southwest Airlines is the largest domestic airline in the United States by domestic passengers boarded, and it is the largest low-cost carrier in the world. The airline is extremely popular for its exemplary customer service and simple transparent offerings. Southwest has a route network that connects travelers to 99 destinations in the United States and 10 other countries. Currently, the airline is not partnered with any other airlines nor is it a member of any airline alliance.

Southwest is an airline that is loved by travelers and staff alike. It is the only major carrier in the United States that allows travelers to check their first and second bags for free. The Southwest model has inspired the development of numerous copycat airlines all over the world, however, none have been able to replicate its level of success.

Southwest Flight Attendant Union Local 556 traces its history to February 5, 1975, at a time when Southwest Airlines was so small that it had just a little more 50 flight attendants. It was on this day they narrowly voted in support of a union, by a vote of 29-20.

The rationale behind forming a union was simply to gain a written set of rules. When they originally asked for one, Lamar Muse — who was the president of the airline at the time — brusquely told them to get a union if they had a problem with something. So that small group of flight attendants became the second unionized group at the airline. Only the mechanics unionized before them.

This group was so small that they were placed under Transport Workers Union (TWU) 516, which represented American Airlines’ ramp and maintenance workers. In those early days, Sandra Bogan was the chairperson and Paula DeArmon was the vice chairperson, and the two successfully negotiated contracts in 1975 and 1978, with Paula taking the reigns for the 1981 contract.

It was not so easy in the early days. As the airline only flew within Texas, and Texas was an open shop state, flight attendants were not required to join the union, and only 35% did, in spite of all the work the union did in providing them written rules. What’s more, airline management often flouted the rules they themselves had agreed to, and put undue pressure on those flight attendants who were members.

One of the major battles the union fought in those early years was related to dress code. At the time, flight attendants were required to wear hot pants, which are extremely short shorts that the women thought were demeaning. Not only did the union petition to change their uniforms, they also threatened a lawsuit. Eventually, management acceded to their demands and flight attendants were allowed to wear skirts.

This success helped membership soar. Even though joining was still voluntary, by 1981 98% of Southwest flight attendants were union members. This further helped strengthen their position in that year’s contract negotiations, which led to major changes, such as significant pay raises, better hotel accommodations and improved working conditions. Then, in October of that year, the union officially became chartered as TWU Local 556.

The 1980s, though, brought great challenges to the union, in the wake of airline deregulation. The union was controversially forced to accept pay scales during contract negotiations in this decade and the one to follow. These scales divided membership by creating different categories of flight attendants based on time served.

International Per Diem $2.85 per hour

Southwest Flight Attendants receive an hourly per-diem allowance for each hour they are away from their domicile, starting at the time of check-in and ending 30 minutes after arrival of their last trip. The per-diem is designated as compensation for meals. The domestic per diem allowance is currently $2.35 per hour.

A Southwest Flight Attendant who works or deadheads on an International flight will receive a per diem rate of $2.85 per hour. The international per diem pay begins at the report time of the duty period containing international flying and will continue until the termination of the pairing.

Southwest Airlines 401(k) Plan matches flight attendant contributions dollar-for-dollar up to 9.3% of their eligible earnings. Southwest flight attendants can choose from a broad spectrum of investment options and roll over any eligible funds from a previous employer.

Employment information is coming soon! If you would like to help us with this section please use “Report an update” above or make contact.

Submit an update for Southwest Airlines:Union